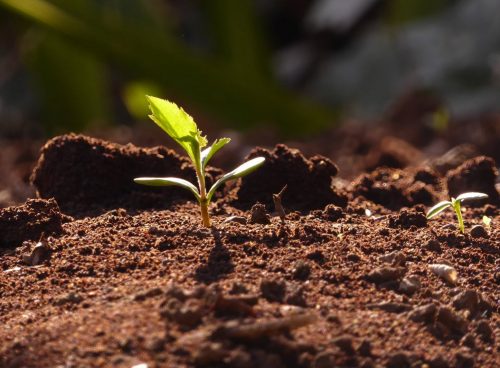 Once upon a time, not long ago and not very far away, a beautiful blue-green planet danced in pirouettes as she did laps around a brilliant sun in a solar system much like this one. On that little planet, the color of aquamarine and amethyst, there was a country full of loving, well-meaning people.

The planet was one in a million. It had mountains and rivers and oceans. It had rich soil and an uncountable variety of life – animals and plants.

The country was considered among the wealthiest and most powerful nations on the planet, partly because it had abundant natural resources like lakes and farmland and forests, minerals, and oil, and partly because it had extraordinary, hardworking, caring, and inventive people. The people were old and young, big and small, tall and petite, in shape and out of shape, males and females and non-binary. They were black and brown and pink and white. I mean, they were all beautiful, all colors, shapes, sizes, and flavors. But, perhaps the most wonderful thing was that the people loved the planet, the country, their way of life, and they really loved their children.

Now, as things would have it, certain people in this country had access to more resources than others. On top of that, not only did these particular people have more access, but the richest of them also owned massive companies and therefore wielded unbelievable influence over the nation’s lawmakers.

It doesn’t seem fair, but because of this, the lawmakers took care of their own priorities, families, and bank accounts first, meaning they were at the beck and call of whatever the companies needed to earn the greatest profits.

Nobody knows for sure how this came to be, but for some bizarre reason, this situation, among others, made it difficult for the less privileged people of the country to get what they needed. It was hard for them to find the truth, especially about health and nutritious food. In this great country, it appeared that the health and food sovereignty of the people were at odds with the bottom line numbers of the most powerful corporations. It is hard to believe, but the country’s wealth was based on keeping the people confused and kind of sick.

I know it sounds crazy, doesn’t it, but that’s how it was. So, the people’s health suffered mentally, physically, and spiritually.

Then one week on a mountain a group of about 100 bright, engaged and forward-thinking, courageous people came together.

While they were on that mountain for that week, they listened to wise teachers, asked challenging questions, and talked stories. They exercised in fresh air, meditated, and ate real food that nourished their minds, bodies, and spirits. They stewed and percolated together, and not surprisingly, they had a collective epiphany.

And once they saw it, they couldn’t unsee it.

They saw that consuming fake food and lies were the two greatest causes of their suffering. They saw that they had been taught to believe that the biggest food producers and medication manufacturers, and so many others had their best interests at heart. Sadly, the people also realized that gaining riches, power, and influence appeared to be the most important drivers for the few in control of the food and medicines. Unfortunately, it was also clear that the lawmakers didn’t care about the health of the many people or the planet, either. They saw that government offices, schools, faith-based organizations, sports clubs and senior centers, healthcare systems, food pantries, and soup kitchens were all caught in the same trap. Some knowingly. Some unknowingly. The people on the mountain realized that the constant stream of untruths they had swallowed all their lives was still being fed to their children, nieces, nephews, and grandchildren.

This collective epiphany lit a fire in the people’s hearts.

Sitting on that mountain, they began to wonder. What could they do about it? With that, they began to talk to each other about resolving their dilemma.

Then, suddenly, but not all at once, the people had a Galileo moment! They put all the pieces of the puzzle together. They realized they had the power to transform health for humans and beyond human animals, for their planet, for themselves, and very much for their children.

They saw that the typical foods they often fed their little ones were not really food at all. They realized that

And worse, when children do eat these foods, over time, they too become sick mentally, physically, and spiritually.

Now all the people on that mountain were successful adults. They knew how to do lots of good useful things. There were firefighters, healthcare workers, artists, educators, realtors, event planners, and construction workers. They were very talented and hardworking, but they had never really thought about how to push back against the strong forces that had shaped and molded their lives and their families.

They said, “We can see that we are destroying our most precious resources, the planet, and our children. We are harming our own chances of survival. We cannot feed ourselves or our children like this anymore.”

But the question remained: How could they transform the sick foodways that put their little ones’ health at stake and risk the viability of the dancing blue-green planet they called home?

Then, one by one, they came up with answers. Finally, they found direct actions they could take to make a difference.

And when the 100 people on the mountain realized they could make a difference individually and as a coalition, they were empowered. They stayed connected and moved into action, dedicated to improving the health of their children and their planet. They grew gardens and trees. They planted seeds in the earth and with other people. What started as 100 seeds grew into 6 Million Seeds and that turned into a movement that changed the world.

And then, they lived happily ever after.

For anyone on the mountain now, who wants to be connected, we have started 6 Million Seeds for just this purpose. Using innovative methods to grow the movement promoting a Decade of Child Nutrition, our plan is to make a difference for ourselves, our children, and the planet.

We would love to stay connected. If you are interested, please give us your contact info. We will reach out. We are 6 Million Seeds. Strong and Growing.