You Have the Power! 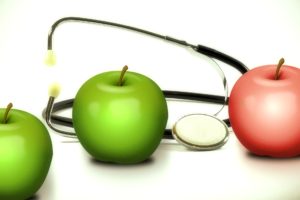 A young Cardiologist in Florida, Koushik Reddy MD, tweets “Paradigm Shift: During rounds today, I saw a man with congestive heart failure, on IV diuretics. His lunch plate had beef, mashed potato with gravy, 2 cups of whole milk, and a cake. He reasoned, “doc, it’s my birthday.” I reasoned, “I want you to have more of them””

The landscape IS changing. Well regarded physicians from around the country have been beating the drum, against overwhelming power and money trying to silence the message (primarily the meat and dairy industries and pharmaceutical companies concerned more with corporate profits than human health) and their message is seeping through to young doctors!

While it’s true that each of us has the power, and arguably the responsibility, to take control over our own health, with the confusing messaging from media, and corporate control of government institutions that we’ve relied on for health messaging, separating the wheat from the shaft for the average consumer is really challenging. After all, which “authority” should we believe? And much of the messaging is so distorted so as to muddy the waters and further confuse us. After all, when you hear “carbs make you fat,” what message are you getting? Something tells me it’s not “highly processed and refined carbohydrates where essential nutrients have been extracted and replaced by chemical additives toxic to the human body that will trick your brain into craving ever more of them with one of the consequences being over consumption and weight gain.” Instead you think “skip the potatoes and fresh fruit…they’re loaded with carbs that’ll make me fat!”

In listening to many of the stories from physicians, one thing has become apparent. While their education largely ignores the impact of nutrition on health, their experience, both personally and professionally, does not! And when that message, that the food we consume is fuel, and it can either fuel disease or health, finally gets through to medical practitioners, the consequences are beautiful to watch. After all, when your doctor gives you a new prescription and tells you (if they’re honest, they’ll tell you) “this pill won’t halt your disease progression…but you’ll feel better while your disease continues, at least for a while. But at some point we’ll need to add other medications or increase your dosage because, as I said, the underlying disease isn’t being addressed at all,” do you feel like hugging the doctor at the good news? And if the doctor is compassionate at all, how do you suppose THEY feel? “Yep, one more patient who will continue to get sicker and sicker, but I guess feeling better while they do it is better than nothing!” How many doctors do you think got into medicine so they could say that?

But when a doctor actually helps a patient to recognize the power of FOOD, and is able to help them make sustainable changes that result in, not just the halting of disease progression, but often the reversal of the disease so the patient’s body is actually able to HEAL, how do you suppose that feels…for BOTH of them? How would you feel if you’d been giving yourself insulin injections for years, and all of a sudden you find you no longer have Diabetes and no longer need those shots? How do you suppose your doctor would feel giving you that wonderful news?

The healing power of plant based foods is just good medicine, both for the patients, AND for the physicians who care for them!