A Time for Thanksgiving 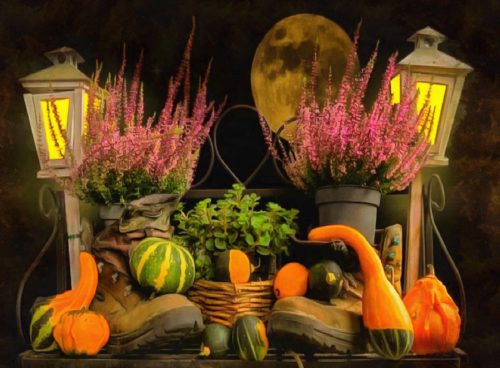 Why You Want to Trim the Fat This Holiday Season

Giving thanks in November is an American tradition that dates back to 1621 when, as the story goes, a harvest feast was shared between the English colonists (Pilgrims) of Plymouth and the Wampanoag people, the native people of North America, who were here in America long before any Europeans arrived.

Over the next 300 plus years, while there were many giving thanks declarations by Congress and presidents, it wasn’t until 1942 that President Theodore D. Roosevelt issued a formal proclamation designating the fourth Thursday in November as Thanksgiving Day.

As the country became more urban and family members began to live farther apart, Thanksgiving became a time to gather together and feast. In modern times, Thanksgiving Day observations include football games and stuffing ourselves with the traditional fare of turkey, butter-infused stuffing and mashed potatoes, cheesy macaroni and pie, pie, pie!

We continue feasting on fatty foods and gathering with friends and family throughout the holiday season, leaving many Americans to find an extra 5 to 10 pounds of body fat under their belt.

With Thanksgiving fast approaching, we recognize every November as National Diabetes Month. Nearly 30 million people in the U.S. have some form of diabetes and a one fourth of them don’t even know it. Shining a light on this widespread disease seeks to boost awareness about the its risk factors, symptoms, and various types.

What many Americans don’t know is that fat, worn on the body and/or ingested by fork to mouth, is a leading cause of type 2 diabetes and pre-diabetes. Type I diabetes is defined as a chronic condition in which the pancreas produces little or no insulin. Type 2 diabetes, the most common type of diabetes affecting 95% of those with the disease, happens when blood glucose, also called blood sugar, is too high. Notably, it is also reversible in most cases.

Did you know that a plant-based diet is a powerful tool for preventing, managing, and even reversing type 2 diabetes? The Physicians Committee for Responsible Medicine has put the plant-based diet to the test with thousands of patients who have type 2 diabetes and has determined that a plant-based diet-controlled blood sugar is three times more effective in combating this disease than a traditional diabetes diet that simply limits calories and carbohydrates. Their studies showed that eating a diet high in fatty foods can cause fat particles to build up inside our cells. These fat particles interfere with insulin’s ability to move sugar out from our bloodstream and into our cells. Instead of giving our cells energy, the glucose stays in the bloodstream, eventually leading to diabetes. By contrast, a plant-based diet is low in fat and optimizes insulin function.

According to Dr. Neal Barnard, President and founder of the Physicians Committee, “A plant-based diet is a powerful tool for preventing, managing, and even reversing type 2 diabetes. Not only is this the most delicious ‘prescription’ you can imagine, it’s also easy to follow. Unlike other diets, there’s no calorie counting, no skimpy portions, and no carb counting. Plus, all the ‘side effects’ are good ones.”
IF you want to trim the fat from your feasting, improve your risk factors and reduce waistline, why not give a plant-based holiday dish a try?

Sweet Potato Shepherd’s Pie – Source: Dr. Neal Barnard’s Cookbook for Reversing Diabetes
This delicious, nutritious twist on shepherd’s pie is made from a base of lentils and mushrooms with savory seasonings and crowned with a crisp sweet potato topping.

Directions
To make the filling: In a large pot over high heat, combine the wine, thyme, rosemary, garlic powder, and mushrooms or cauliflower. Cook for 7-8 minutes or until the mushrooms release their juices and begin to reduce down.

Add the onions, carrots, and celery and cook for another 3-4 minutes. Add the flour, tamari, and Worcestershire sauce (if using). Reduce the heat to medium-high for a few minutes to cook out the raw flavor of the flour. Stir in the tomato paste and add a few tablespoons of the water. As the mixture thickens, add another 1/4 cup or so of the water. Stir.

As the mixture thickens again, add the lentils and the remaining water and continue to stir. Let it thicken and bubble, then remove the pot from the heat. Stir in the peas. Transfer the mixture to a baking dish.

Bake for 20-25 minutes, until browning around the edges and bubbly. Let sit for 5 minutes or so, then serve.

Pumpkin Pie
You don’t have to give up traditional comfort foods or dessert when eating plant-based. This pie will satisfy your craving and offers a scant 1.4 grams of fat per serving, compared to 10, 15 or more grams of fat in traditional pumpkin pie recipes. Chances are, you can serve this low-fat version, and no one will know the difference.

Directions
Bring oven temperature to 350 F. Cut parchment paper to size to line the bottom of a 9-inch pie dish.
Put tofu, cashew milk, cornstarch, and vanilla into a large blender or food processor and blend until smooth and uniform. Add pumpkin, flour, baking powder, sugar, salt, and spices. Purée for another minute until everything is evenly mixed in, scraping down the sides as needed when the blades are not running.

Pour filling into the prepared pie dish and smooth out with a rubber spatula if needed so that the mixture is level. Bake pie uncovered for about 1 hour or until you can stick a toothpick in it without the pie sticking to it. Cool pie to room temperature. Cover and place in fridge until firm or a minimum of 4 hours.

Slice pie into 8 wedges and serve. You can top it off with a dollop of nondairy whipped cream and a pinch of cinnamon.