Skip to content
When It’s Your Life, Choices Matter 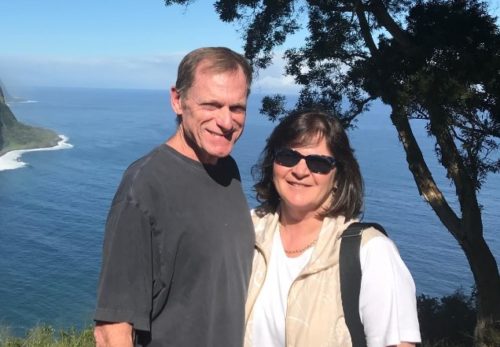 When It’s Your Life – Choices Matter

Danny and his wife Debbie are good friends of mine.  When I got the news that he had suffered a serious heart attack earlier this year, my heart broke for him.  Danny is a great guy and an even better friend.  He loves to golf, works hard at his new business and enjoys his family and many good friends.  What I didn’t know about Danny was that he would be willing to make major changes to his lifestyle to prevent ever having another cardiac event again.

How did he do it?  I planted the seeds in conversations with him about my near fatal heart attack and recovery, and, after much encouragement from me and his wife Debbie to attend the Physician’s Committee for Responsible Medicine’s 21 day Kickstart program at the end of the summer, they both showed up.  They listened to Dr. Kim Williams speak about how a plant-based diet is the best insurance policy for preventing and reversing heart disease.  Danny had just seen Dr. Williams in his office the previous week for a second opinion consultation after my urging him to do so.  He came out of that appointment with a new awareness about how he could help himself.  And that was it.  Both he and Debbie embarked on a whole food plant-based diet immediately.

They did so because Danny had been scared to death about what happened to him.  He had so much to live for and wanted to find a way to stop heart disease in its tracks.

Now, four months after embracing this lifestyle, my husband Dale and I accompanied Danny and Debbie to dinner at a plant-based restaurant to celebrate their commitment to this way of living.  Danny proudly took out his cell phone and showed us just how well he was doing.  His total cholesterol had fallen from close to 200 down to 117!  His LDL cholesterol was at 48 and his HDL at 56.  Danny was well on his way to heart attack-proofing himself.  His wife Debbie will have her blood work done soon to see how well she is doing.  She has already lost 15 pounds and feels and looks fabulous.

Cheers to our friends Danny and Debbie for taking charge of their health.  Dale and I look forward to many more years of fun and adventures with both of them.