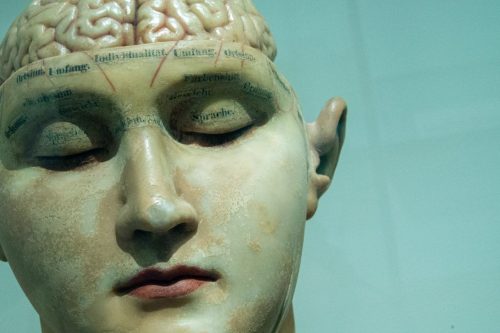 Even though our mental, behavioral and cognitive function is vitally important especially as we age, we often ignore brain health until we start to see symptoms. To learn more about current wisdom on brain health, I went to the library and checked out the book Keep Sharp by Dr. Sanjay Gupta. Dr. Gupta is an associate professor of neurology at Emory University School of Medicine and chief medical correspondent at CNN. I started using the book as a reference for this article and ended up reading the entire thing. Here are some mind-boggling facts about the brain.

Many factors can lead to cognitive decline. Those factors have can differ from person to person depending on their risk factors. Here are some conditions that may lead to dementia:

Dr. Richard Isaacson, director of the groundbreaking Alzheimer’s Prevention Clinic at Weill Cornell tells us Alzheimer’s disease begins 20-30 years before symptoms appear, and modifiable lifestyle factors including exercise, diet, sleep, intellectual stimulation, and stress reduction can delay the onset of, slow down the progression of, and prevent Alzheimer’s disease. These methods have shown improvements in cognition for those with memory loss or an Alzheimer’s diagnosis.

Dr. Dean Ornish is conducting trials at UC San Francisco to see how lifestyles can change the direction and even reverse Alzheimer’s disease (similar to his research regarding heart disease 30 years ago!). His approach using whole foods, low-fat, low-sugar, plant-based diet, along with moderate exercise, stress reduction techniques, and psychosocial support are part of his program. Renowned specialists are joining him with the study and are investigating gene expression (dictates cell function), changes in the microbiome (impacts our health), changes in telomere length (related to aging), and the DNA clock (measures biological age).

We can use many strategies to protect and increase our brain function. Here are a few:

A 2018 American Academy of Neurology report upgraded guidelines to treat mild cognitive impairment. The researchers reviewed eight medications and found none effective in slowing down the progression from cognitive impairment to Alzheimer’s. Scientists did suggest cognition exercises two times a week for patients with mild cognitive impairment. (3) Dr. John Ratey, a neuropsychiatrist at Harvard writes “exercise is like Miracle Grow for the brain,” as it increases the production of the protein, Brain Derived Neurotrophic Factor (BDNF), which stimulates and controls the growth of new neurons and the connections between them (4). Dr. Ron Petersen, a nationally recognized researcher on Alzheimer’s and director of Mayo Clinic’s Alzheimer’s Disease Research Center and Study of Aging says exercise is #1 when it comes to preserving brain function. Aerobic activities such as bicycling, dancing, hiking, swimming, jogging, or brisk walking five days a week for a minimum of 20 minutes will result in the most benefit. (5)

Engaging in activities that use strategy, problem-solving, learning, and thinking can build cognitive reserve, also known as brain resiliency – the brain’s ability to adapt and improvise to get a job done. A group of scientists from the neuroscience department at the University of California San Diego published a paper in the Annals of Neurology describing a group of people in a skilled nursing facility that had no symptoms of dementia. At autopsy, each person’s brain looked as though it had Alzheimer’s. Scientists concluded the individuals had enough cognitive reserve to offset the damage, and therefore they were able to function normally. (6) People with strong cognitive reserve tend to cope better with chronic stress, surgery, and environmental toxins.

Those with higher levels of education do not necessarily have slow cognitive decline. Doing crossword puzzles and brain-training videos work just one area of the brain that helps with the ability to remember and retrieve information, but does not help with reasoning and problem-solving skills which help build cognitive reserve. The key is to challenge the brain throughout a lifetime with activities such as socializing, reading, and learning that will build and maintain cognitive resilience.

Individuals who have purpose in life have been found to have less cognitive decline and Alzheimer’s, as well as fewer health concerns. JAMA Psychiatry published a Harvard study that found people who have a sense of purpose have strong walking speeds and hand grips which are indicators of how people are aging. (7) “Ikigai” a word translated means “know your purpose” is often heard in Okinawa, Japan. Okinawa is one of the five original Blue Zone cities (areas of the world with higher concentrations of active and involved centurions), and a sense of purpose is one of the nine commonalities of people living in Blue Zones. Having a purpose in life now, can reduce the risk of dementia in the future.

Adequate sleep keeps us attentive and allows us to process information quickly. Sleep, or the lack of, affects our appetite, how well we consolidate information, aids with the release of hormones, how well we learn, and our ability to handle stress. Light and darkness trigger our circadian rhythm. For example, daylight stimulates the release of hormones to keep us awake, and nighttime triggers hormones to make us feel sleepy. Disruption of the circadian rhythm adversely affects our immune system, metabolism, and cognition. Adults need 7 to 9 hours of sleep each night. Being deprived of sleep causes inflammation and is associated with a higher risk of brain shrinkage, according to the Atherosclerosis Risk in Communities Study. Participants with the highest levels of inflammation had a higher risk for brain shrinkage. During the 24 years the patients were followed, the average shrinkage of 5% was noted in the participants’ memory centers who had higher levels of inflammation and adversely affected memory and thinking skills as well as the ability to recall words.

Another reason proper sleep is essential for good brain health is the amount of fluid that flushes debris from our brain via the lymphatic system increases at night while we sleep. It clears waste products from our brain that has accumulated while we were awake. Without this cleansing process, specific proteins accumulate and create an increase in amyloid plaques that are associated with Alzheimer’s.

For better quality of sleep, arise and go to sleep at the same times each day. Engaging in physical activity will help you get a good night’s rest. Natural light and blue light emitted from electronics suppress the release of melatonin which is needed for sleep. Turn off electronics and lower the light in the room at least 30 minutes before bedtime.

Social connections are an important part of good brain health. The Rush University Memory and Aging Project found that large social networks were more protective against Alzheimer’s disease. (8) Dr. Robert Waldinger is currently overseeing the ongoing Harvard Study of Adult Development. In his TED talk, “What Makes a Good Life?” Dr. Waldinger shares how our connections with people influence our health. One of his findings is that it is not how many friends a person has that matters. It is the quality of our relationships that is most important.

In 2015, Dr. Martha Clare Morris published her 10 year study on the dietary relationship between cognitive decline and the risk of Alzheimer’s disease. Her study was among the first to study the effects of diet on the brain. The MIND diet she developed is a cross between the Mediterranean diet and DASH diet. While not entirely WFPB, the MIND diet focuses on vegetables (particularly green leafy vegetables), beans, nuts, berries, and whole grains and discourages consuming red meats, butter, pastries, fried and fast foods, and cheeses.

Participants who had the greatest adherence to the MIND diet had a 53% reduction in the risk of Alzheimer’s in their lifetime vs a 35% reduction risk for those who followed the MIND diet less closely. (9)

Staying hydrated is important too. Moderate dehydration can cause disorientation, confusion, and cognitive deficits, particularly in older people. Include omega-3 fatty acids in the diet. Seeds, nuts, soybeans, Brussels sprouts, and cauliflower are all good sources.

Good brain health requires a lifetime of lifestyle strategies to maintain and boost its efficiency. Medications for dementia are available, but they have mixed results. The good news is many of the typical components of a WFPB diet are also brain healthy. Dr. Gupta’s book Keep Sharp will make us think more about preserving our healthy brain and offers ways to maintain and strengthen our brain. 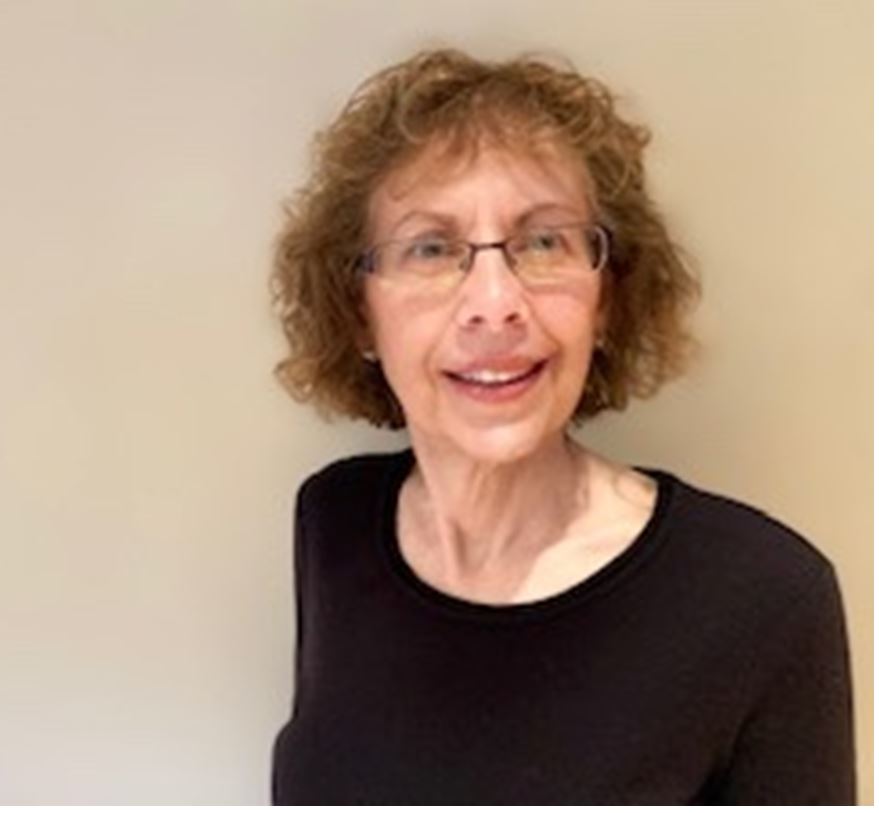 Jody Perrecone is a certified nutrition consultant and graduated with honors from Bauman College. She graduated from CHIP (Complete Health Improvement Program) nearly two decades ago and has been an advocate for whole food plant-based nutrition ever since. She has a certification in plant-based nutrition from e-Cornell University and is the founder of Perrecone Wellness. Jody has a passion for helping her clients experience their best life with optimal nutrition and enjoys helping them on their journey. She also conducts WFPB cooking classes and has given numerous wellness presentations over the years to corporations, organizations, and even health food stores. She lives in Rockford, IL with her amazing husband and entertaining cat, Pico.