At Plant Based Nutrition Movement, a 501c3 charitable organization, we are dedicated to providing communities with resources that support the eradication of chronic diseases while helping create a healthier planet through the wonders of a Whole Food Plant-Based lifestyle.

PBNM is a 501c3 charitable organization
Donations are tax deductible

Your Donation will enable us to bring nationally recognized speakers to the Chicagoland area, to increase our training of cooking coaches, and to provide free or reduced-cost informational and cooking programs to under-served communities. We greatly appreciate your support!

Help us get a @GreatNonprofits 2021 Top-Rated Award, click the image below to write a review!

To stay abreast each month of what PBNM is up to, including upcoming events, projects we’re working on, information we think you’ll find important and interesting, and much more, we hope you’ll subscribe to our monthly Newsletter. Simply click here.

What do we mean when we discuss eating a whole food plant-based (WFPB) diet? To put it in the simplest of terms, we mean following a dietary pattern that focuses on eating plants in as close to their natural “as grown” condition as possible. These foods include fruit, starchy and non-starchy vegetables, whole grains, beans, legumes, pulses, herbs and spices, nuts and seeds, each of which is unprocessed or minimally processed and without the need for added “chemicals”. It’s a lifestyle that does not include eating animal parts or products, which means it excludes things like meat, poultry, seafood, dairy, eggs, butter, cheese, yogurt, ice cream, etc.

While the WFPB lifestyle excludes all animal derived products, it’s very distinct from being a “vegan” lifestyle. Probably the simplest way to distinguish the two is that vegan is all about what we don’t eat (animals and their byproducts) while WFPB is about what we do (plants). 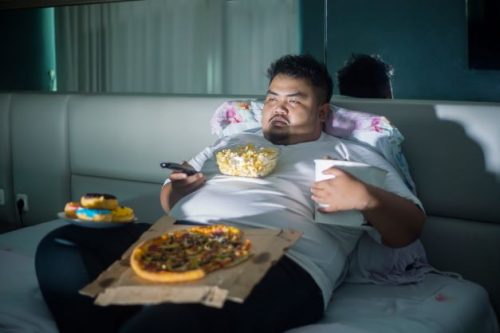 Since I started writing Food For Thought articles, there have been many times when I have been challenged to find a topic. I like to keep the subjects positive and informative. I prefer the articles to have a new spin, even if it may be on an old idea. However, I have to admit that sometimes I am at a loss.

When I find myself struggling to write, I like to ask the universe for help before I go to sleep for the night. Then usually, I awake with an answer provided. Often it is in the form of some long-forgotten song that pops into my head when I wake up.

Last night I asked the universe for assistance. She worked her magic while I slept, and this morning, I woke up with “Kids are People Too,” the closing theme song from Wonderama, wack-a-doodling in my head.

For those of you that don’t know, Wonderama was a kids’ show that aired from 1957-1978. According to a blog on thestarryeye.typepad.com, the show originated from “WNEW-TV in New York City and appeared on the Metromedia-owned stations in Los Angeles, Washington DC, Cincinnati, Minneapolis/St. Paul, and Kansas City.” Growing up in New Jersey, I watched many an episode of Wonderama on Sunday mornings.  (read more…)

While we are on a mission to help educate and inspire people to move toward a predominantly, if not completely, whole food plant based dietary pattern for health reasons, there is no question that our individual dietary choices have a profound impact on more than our own health, both current and long term. With the latest report from the Intergovernmental Panel on Climate Change, it’s become abundantly clear that a dietary pattern that focuses on meat consumption, with the accompanying massive deforestation required to produce grains fed to cattle, is simply not sustainable, and the IPCC has concluded that making whole food plant-based choices offers us our best hope to slowing the climate crisis. This article in “Nature“ offers great insights for those interested in learning more.
—————————————————

Thank You to Our Sponsor – Cool Beans

When National Geographic researched to determine where on the planet were the longest lived healthy people (identified as the Blue Zones), the one characteristic that all those populations had in common was their diet included beans!

Our friends at Cool Beans make it easier for you to add more beans to your health-promoting diet. We invite you to check them out for yourself and be sure to look for them at your greater Chicago area Sunset Foods, Pete’s and Plum Markets!

Thank You to Our Sponsor – Healthy & Happy Living

During the presentation, guests will learn how to retain nutrients, reduce toxicity and learn how to make delicious, healthy plant-based meals in a fraction of the time. Guests can enjoy the interactive dinner at their own home or at the HHL’s Healthy Kitchen in Schaumburg.

Are you passionate about sharing the Plant Based Nutrition message?

We are always looking for volunteers to help advance this powerful and much needed message. From helping with outreach to communities, restaurants, medical professionals, to sharing your whole food plant based knowledge via PBNM Groups or Cooking Classes, to participating at events or helping with social media, including taking videos and photos, we’ll help you find a way to volunteer that best suits your interests, schedule, and talents.

Complete our Contact Us form…we’d love to have you on the team!

And by all means, connect with us on social media as well!

Become a PBNM Volunteer – You Choose How

“There are two kinds of Cardiologists: Vegans and those who haven’t read the data”
and “I don’t mind dying, I just don’t want it to be my fault.”
~ Kim Williams, MD

Past President of the American College of Cardiology